Once you read the DG's circular and the Postal Notices listed elsewhere in this website,  you will learn that while the sale of stamps was permitted starting on 29th May 1948 until 5th June 1948 only at various post offices across India, no post office was permitted to cancel these stamps on the date of issue, or even anytime after that, except the G.P.O. at Bombay which was to use the special boxed rectangular cachet on the day of the flight, 8th June 1948. Hence, according to the postal instructions, no covers bearing the First Day of Issue cancellations were supposed to exist. However, a few examples of covers cancelled on 29th May 1948 do exist, and they are much sought after by collectors.

First Day Cover, and used before the flight (early use)
A registered Air-India souvenir cover cancelled CAWNPORE, 29 MAY 48. The cover is addressed to Hamilton, Ontario, Canada, and has a registration label on the front. Very importantly, the reverse has two clear postal marks. The first is a transit mark,  MONTREAL, CANADA, 5 JUN 48, and the second is the arrival mark, HAMILTON, CANADA, JUN 5 48. Both these marks clearly establish that the 29th May cancellation at Cawnpore was not a favour cancellation obtained at a later date, because in fact the cover needed to be posted in Cawnpore on 29th May in order to reach Canada on 5th June.
This image of this cover is also used in Praful Thakkar's catalogue as the First Day Cover PT 948.1.0a 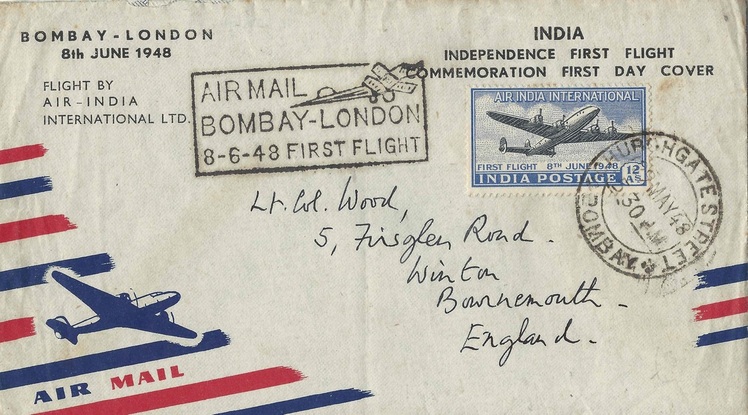 First Day Cover (29 May 1948)
Cancelled NEW DELHI, 29 MAY 48, this cover is addressed to New Delhi itself. There is no delivery mark, or other postal mark on the reverse. It seems that this cover was cancelled at the post office as a favor cancellation, and was certainly not flown on the Bombay-London flight; perhaps not used postally at all. 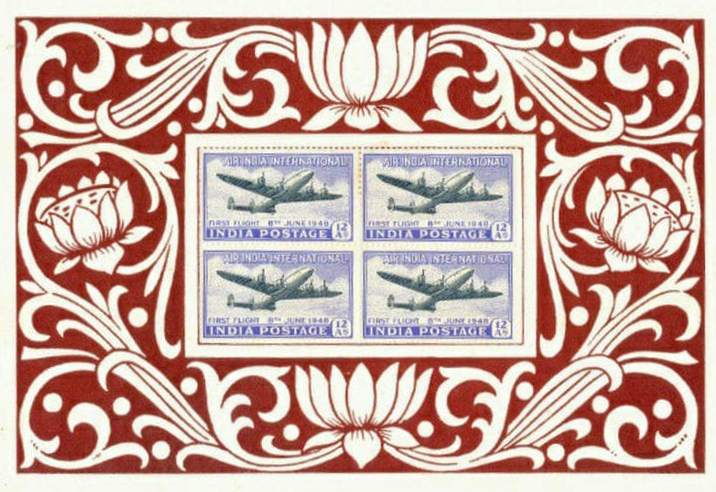