Matchboxes and Matchbooks
Right from the start in 1948 all the way into the 1990s, the airline permitted, and one may argue encouraged smoking on board. They produced matchboxes as convenient promotional material, and distributed among passengers. Let us look at some matchboxes and matchbooks from the 1950s to the 1970s.
Air-India Boeing 707 matchbox
Air-India Matchbooks
​Above: These were issued for use on the Boeing 707 Intercontinental jets. the one on the top left is almost certainly from the early 1960s, while the top right is from not much later. the center one appears to be from the late 1960.
Air-India advertising on Matchboxes 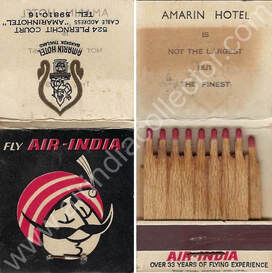 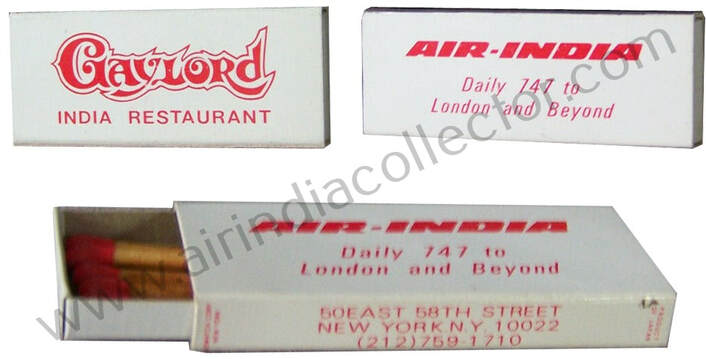 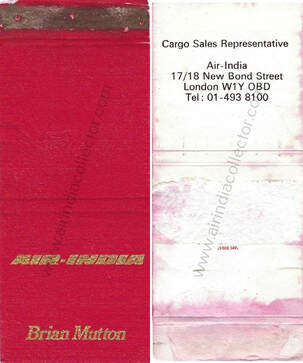