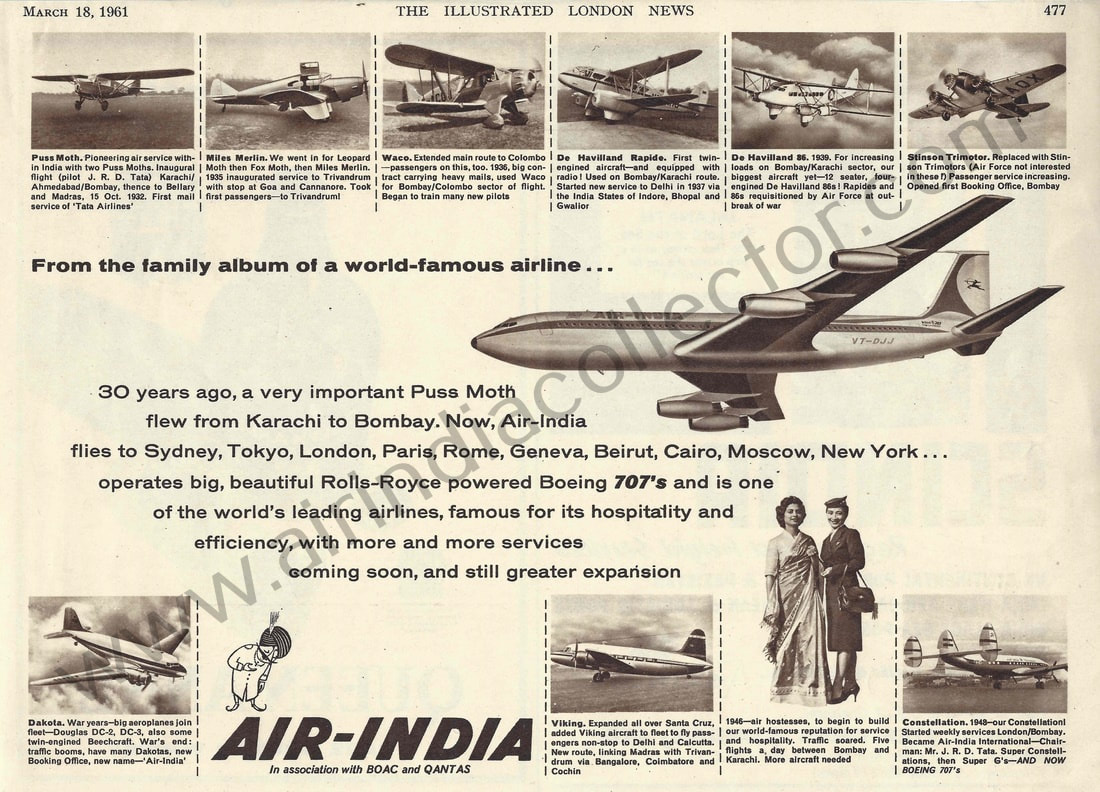 Above: An advertisement in the Illustrated London News shows images of various planes these airlines used between 1932 and 1960. 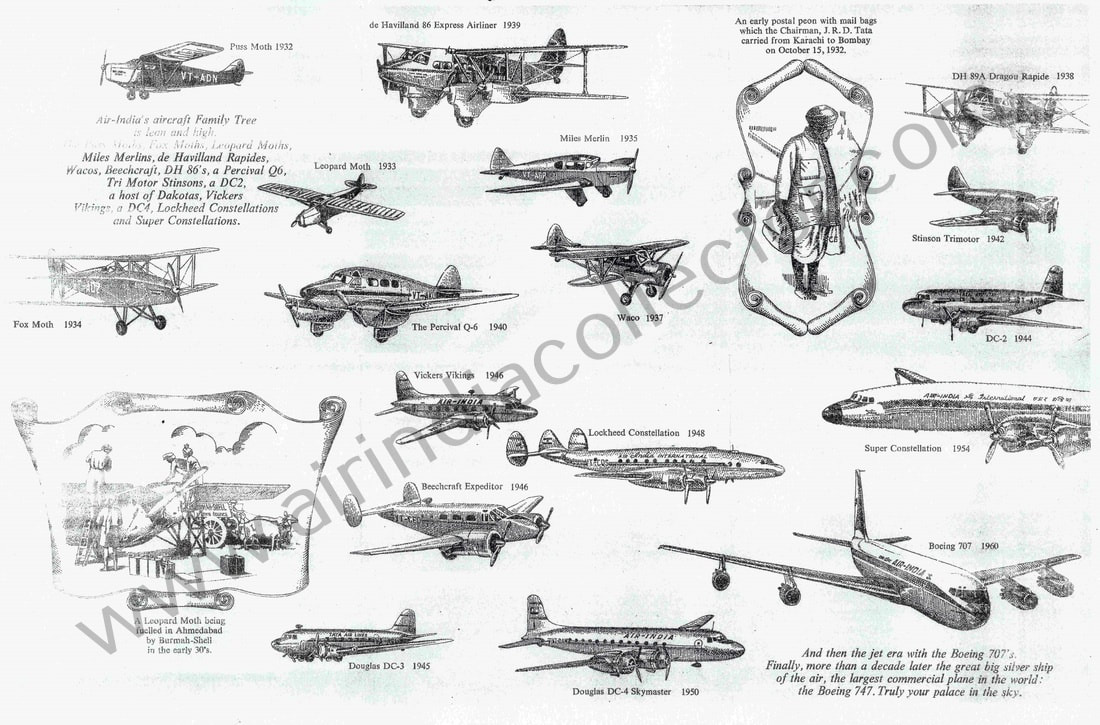 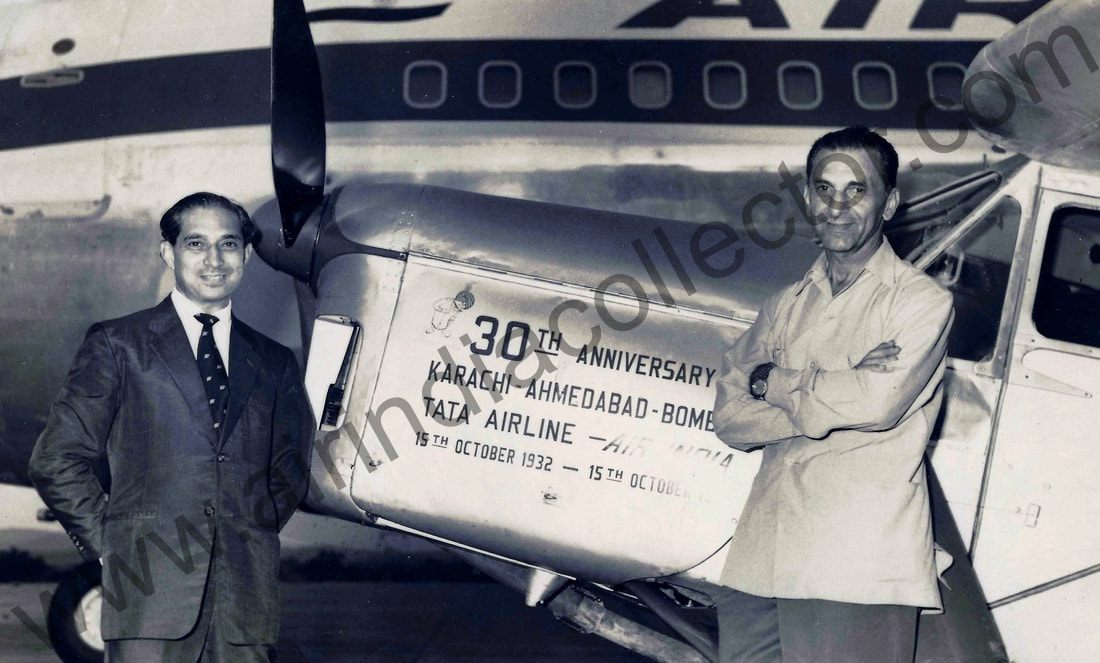 Above: Publicity photograph taken at Bombay airport on 15 October 1962 shows J.R.D. Tata, Chairman of the Tata group and of Air-India, who piloted this flight and the original 1932 flight as well, standing with S. K. 'Bobby' Kooka of Air-India. Behind him is the De Havilland DH85 Fox Moth, VT-AKH in which he recreated the flight. This aircraft was similar to the De Havilland DH80A Puss Moth, VT-ACZ in which he did the original 1932 flight. Also in the background is Air-India's Boeing 707, acquired by Air-India in 1960. 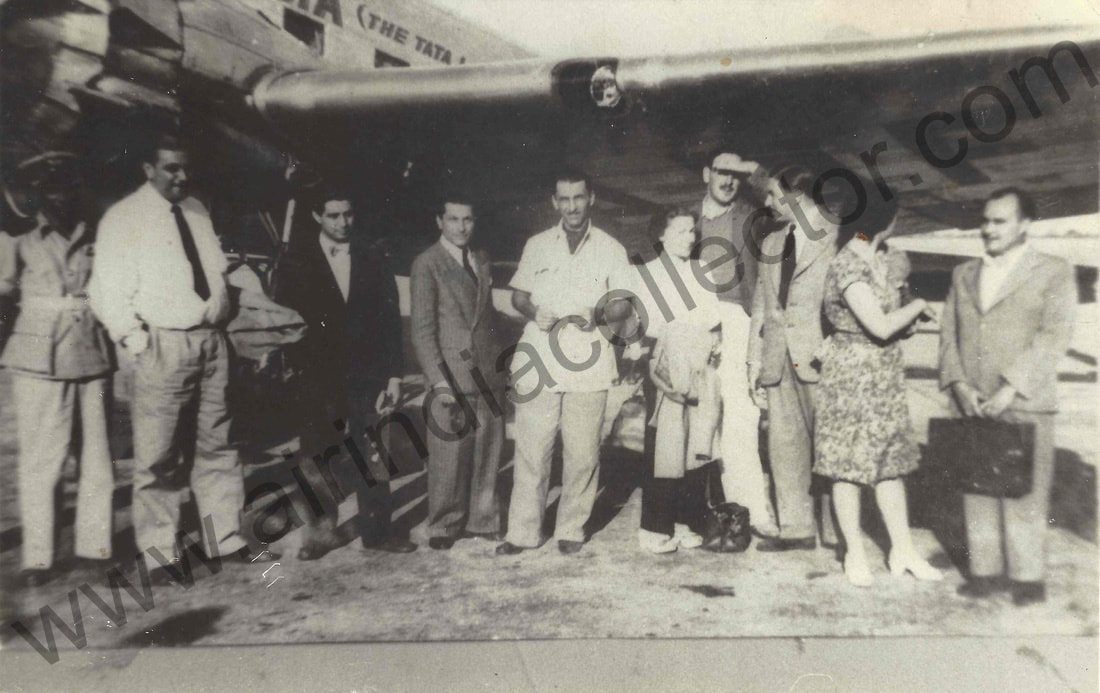 Below: Air-India International ordered the De Havilland Comet 3 aircraft as early as in 1953, and envisioned joining the Jet Aircraft era in just a couple of years. The advertisement on the right was the announcement of the deal by De Havilland the same year.

Alas, this was not to be. A series of accidents involving this aircraft with other airlines forced Air-India International to re-evaluate their decision and eventually cancel the order. The airline had to then wait until 1960, when using the Boeing 707, they finally had Jet Airplanes in their fleet.

Above Comments by ​John Evanich III on De Havilland Comet 3
Air-India International Press release on purchase of two series 3 Comets for delivery in 1957.
Ken Sequeira Art
Ken has had a long stint in Air-India from 1983-1997. He has worked there in various capacities, both in the air, and on the ground, having spent an equal amount of time in Jet Engine and Aircraft Maintenance and Cabin Crew. Ken is also an artist and his favourite subject is aircraft. Using decorative pattern making several small ink dots technique; he has created wonderful art for Air-India.

Some of his Air-India art is shown here.