8 November 1937 Inaugural flight Delhi / Bombay the stop at Gwalior. Mr. J.R.D. Tata handing over a mail to the Maharaja Scinida of Gwalior. 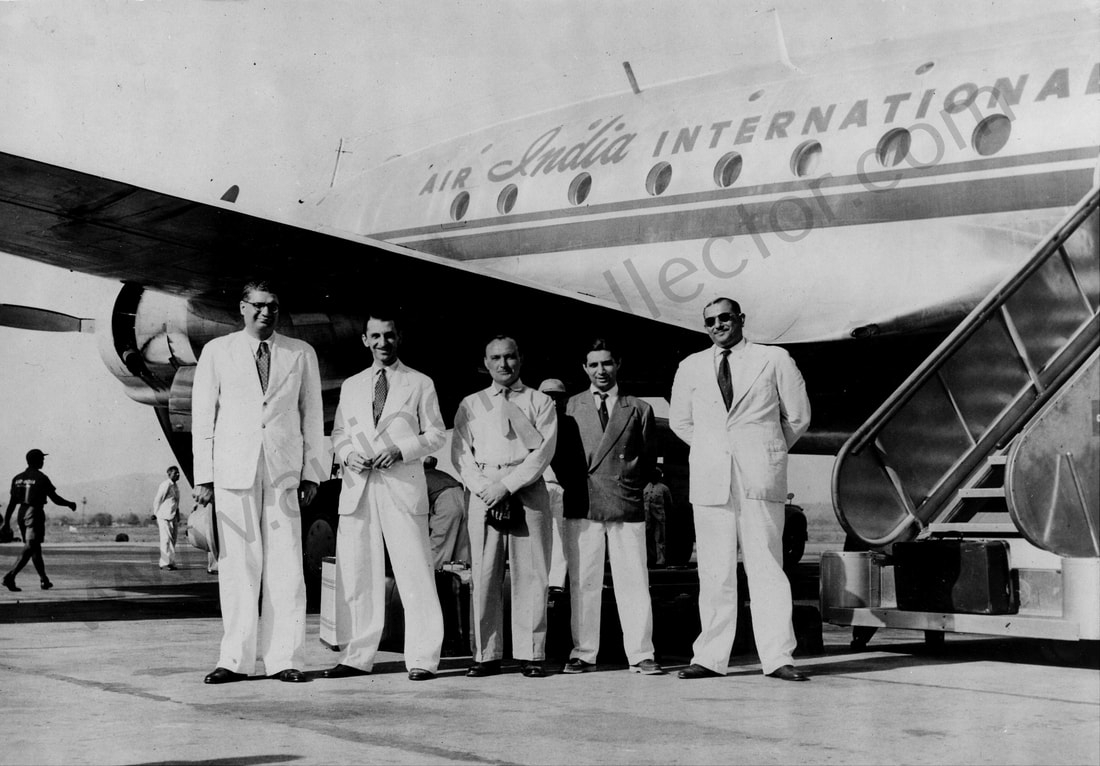 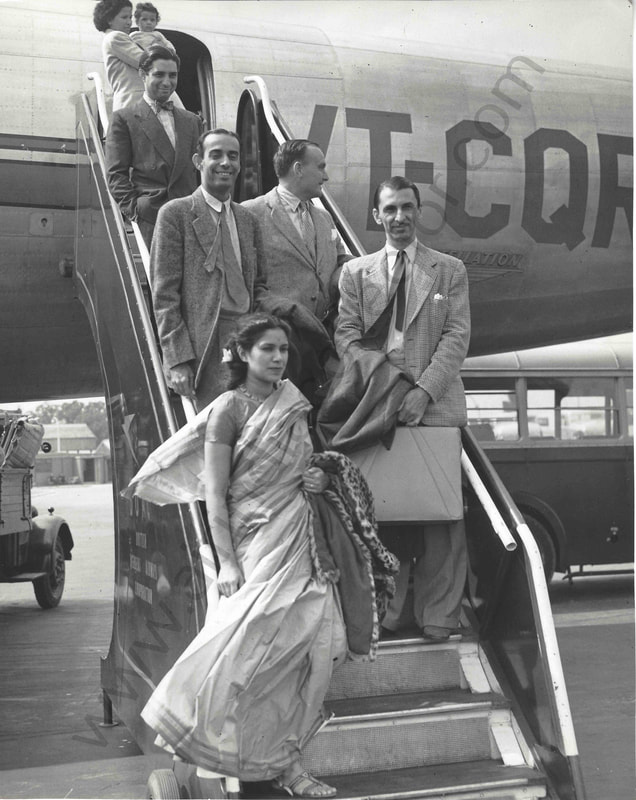 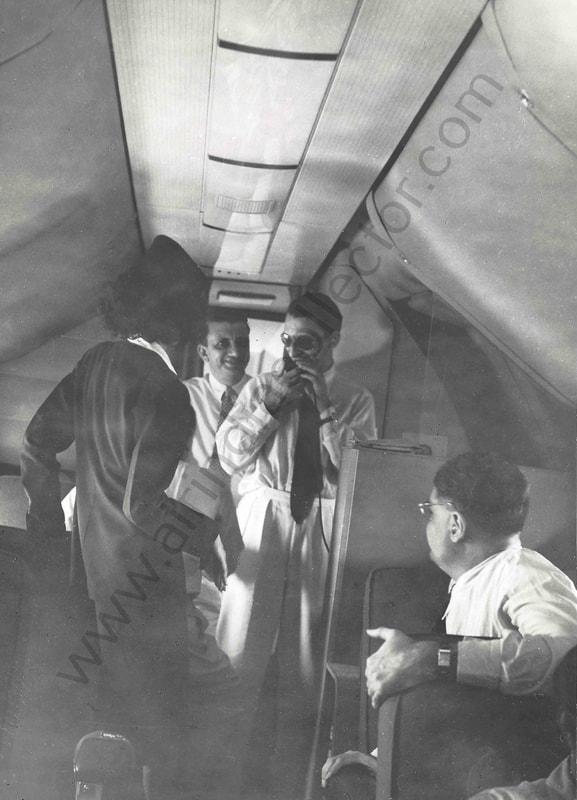 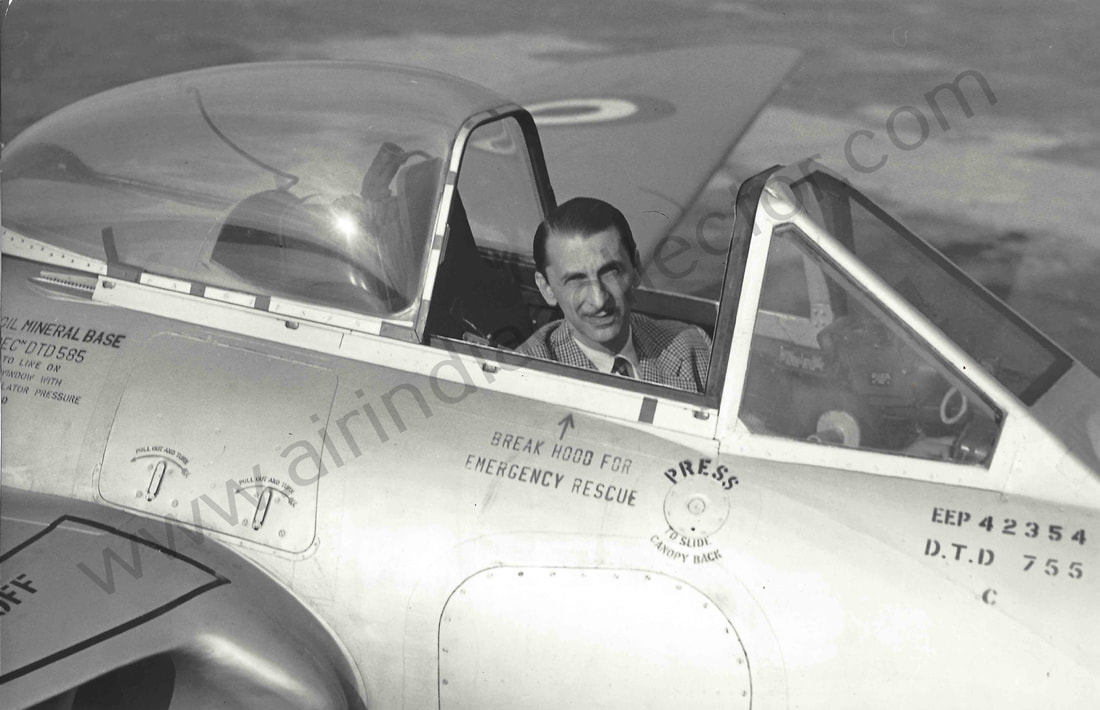 J.R.D. Tata on the occasion, when he flew a Vampire at Hatfield in June 1948
(ex-John Stroud Collection) 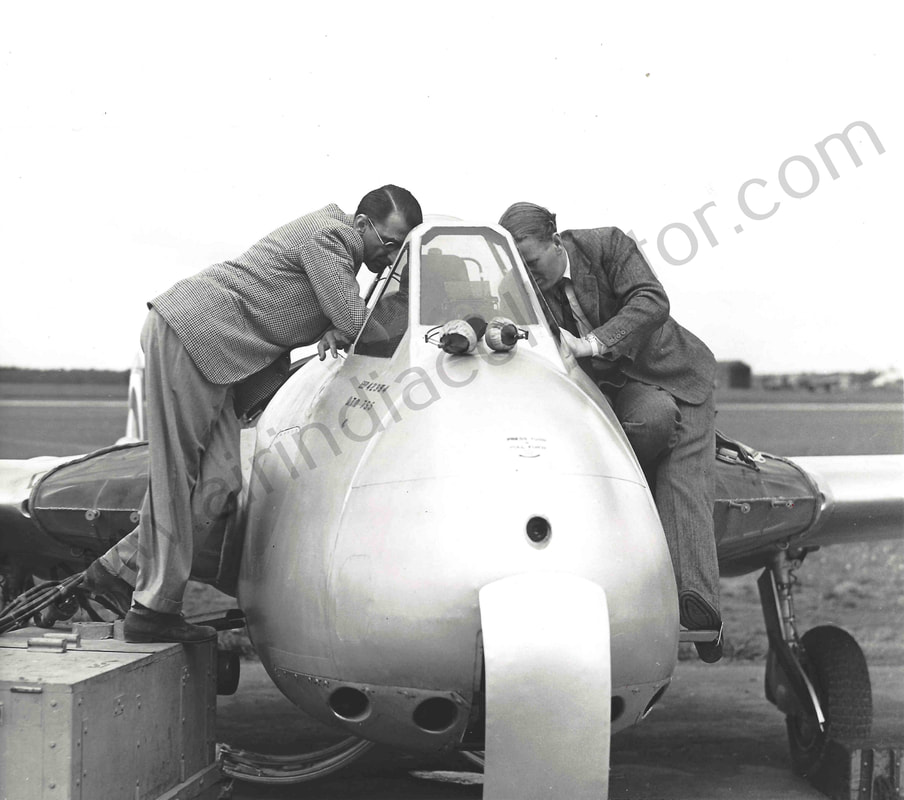 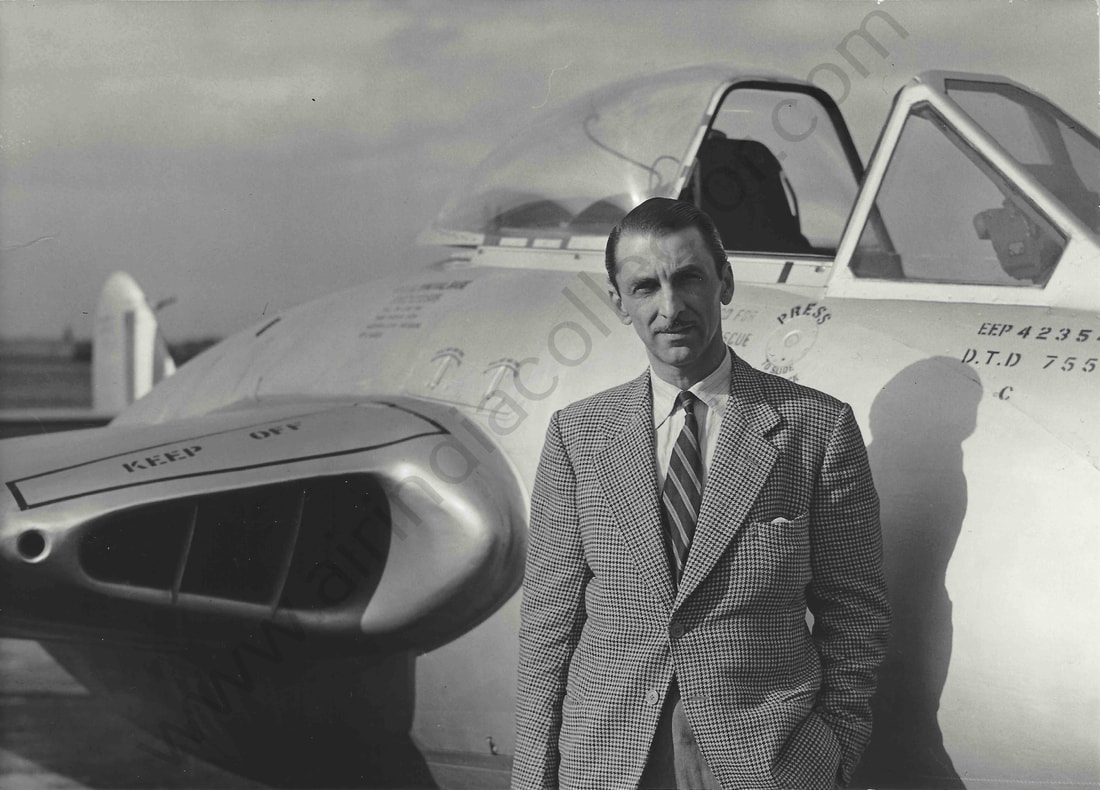 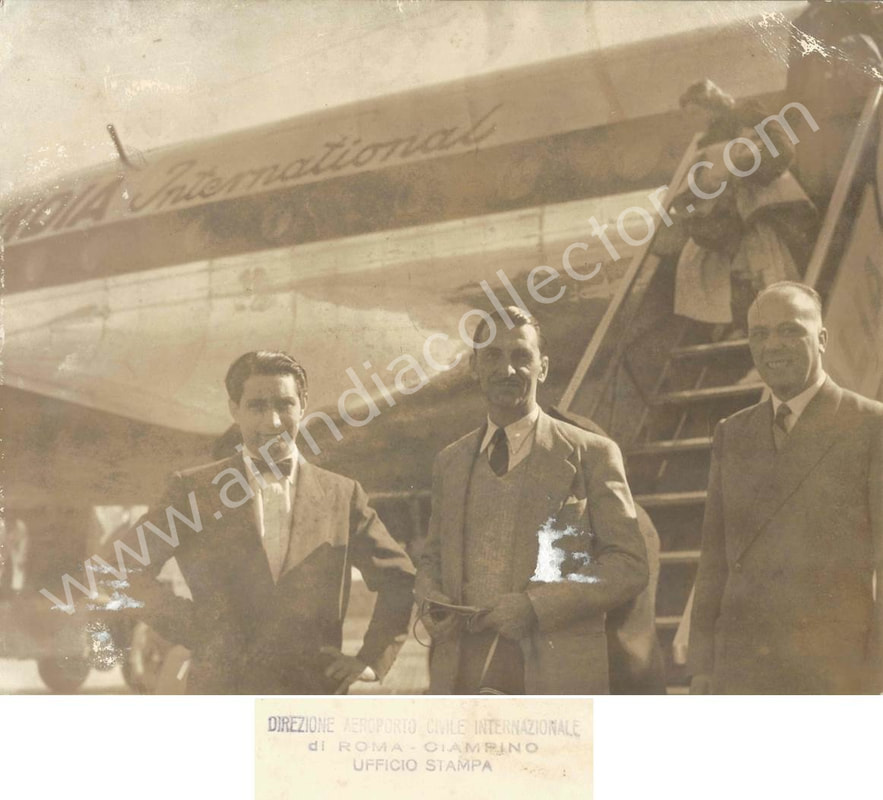 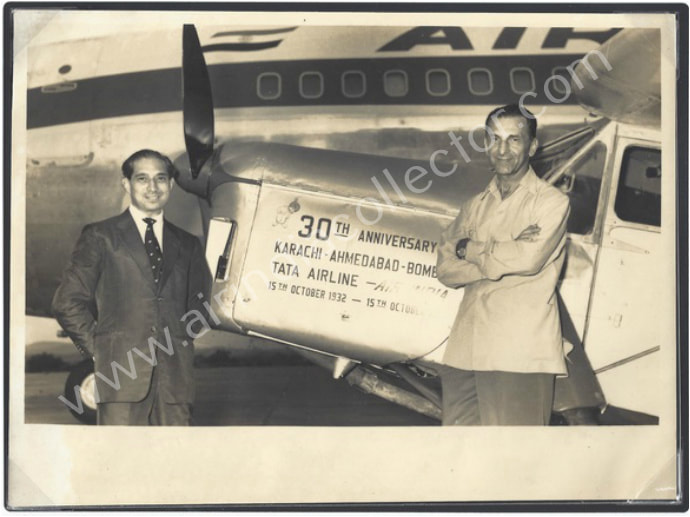 Publicity photograph taken at Bombay airport on 15 October 1962 shows Mr. J. R. D. Tata, Chairman of the Tata group and of Air-India, who piloted this flight and the original 1932 flight as well, standing with Mr. S. K. 'Bobby' Kooka of Air-India. Behind him is the De Havilland DH85 Fox Moth, VT-AKH in which he recreated the flight. This aircraft was similar to the De Havilland DH80A Puss Moth, VT-ACZ in which he did the original 1932 flight. Also in the background is Air-India's Boeing 707, acquired by Air-India in 1960. 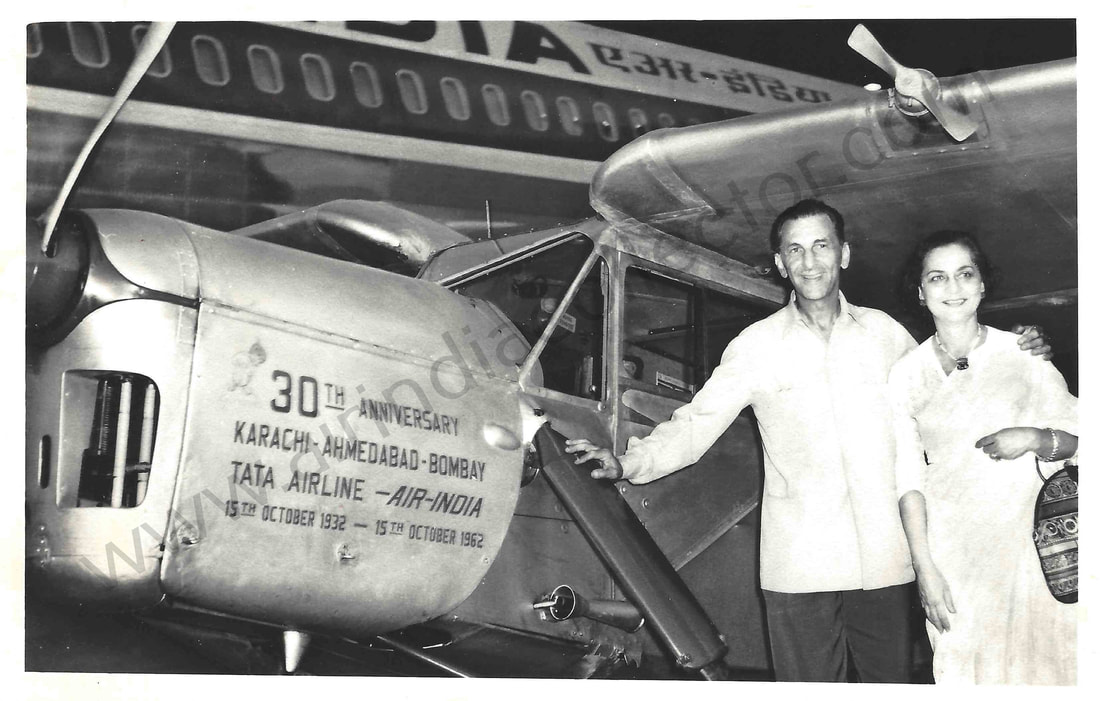 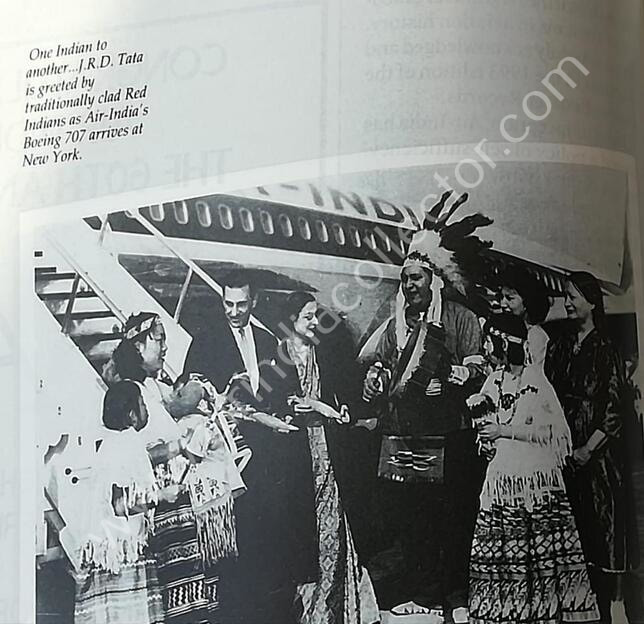 NIC
One Indian to another - J.R.D. Tata is greated by traditionally clad Red Indian's as Air-India's Boeing 707 arrives at New York. 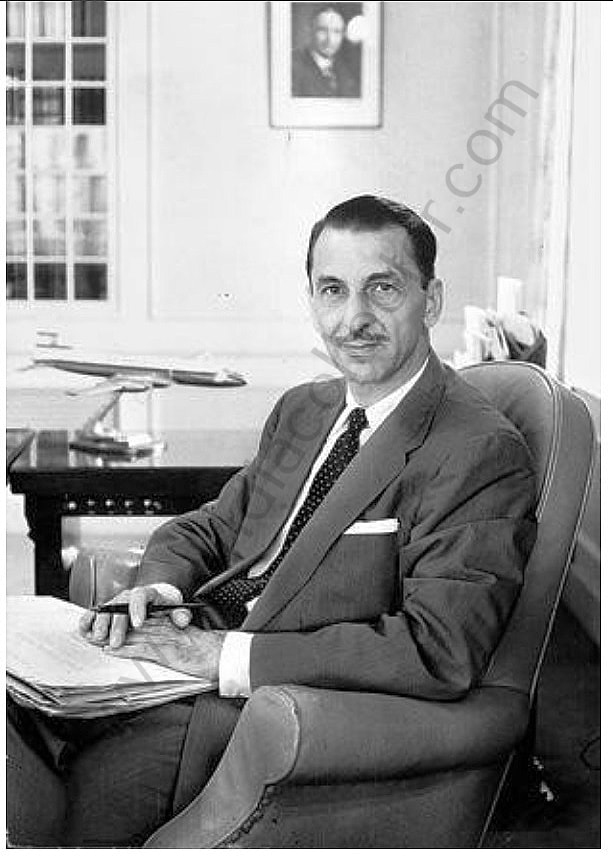 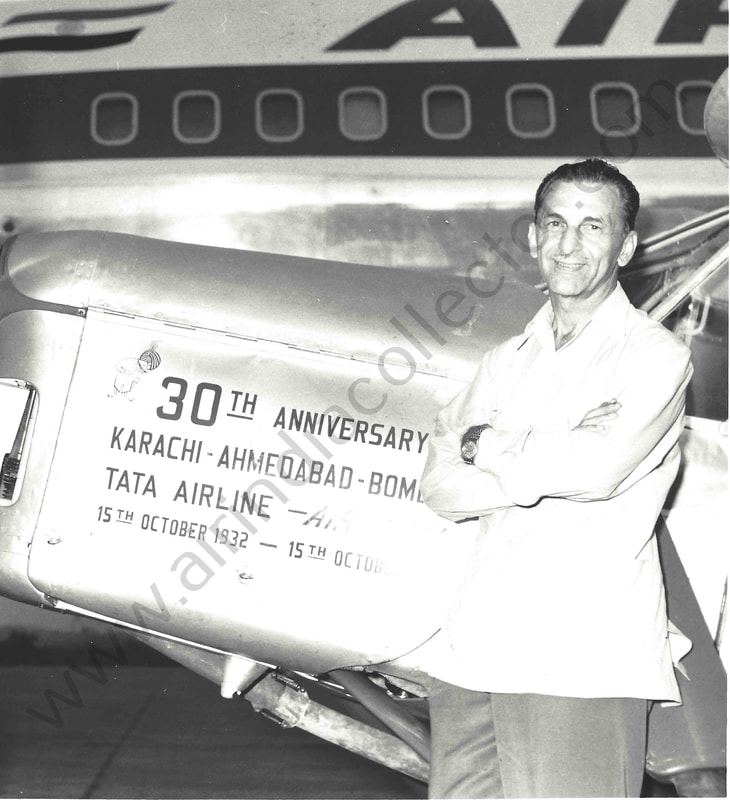 Mr. JRD Tata, Chairman,
photographed in front of the Leopard Moth and the Boeing 707 at Satnacruz airport on October 15, 1962 after completing his 30th Anniversary flight.
​​(ex-John Stroud collection) 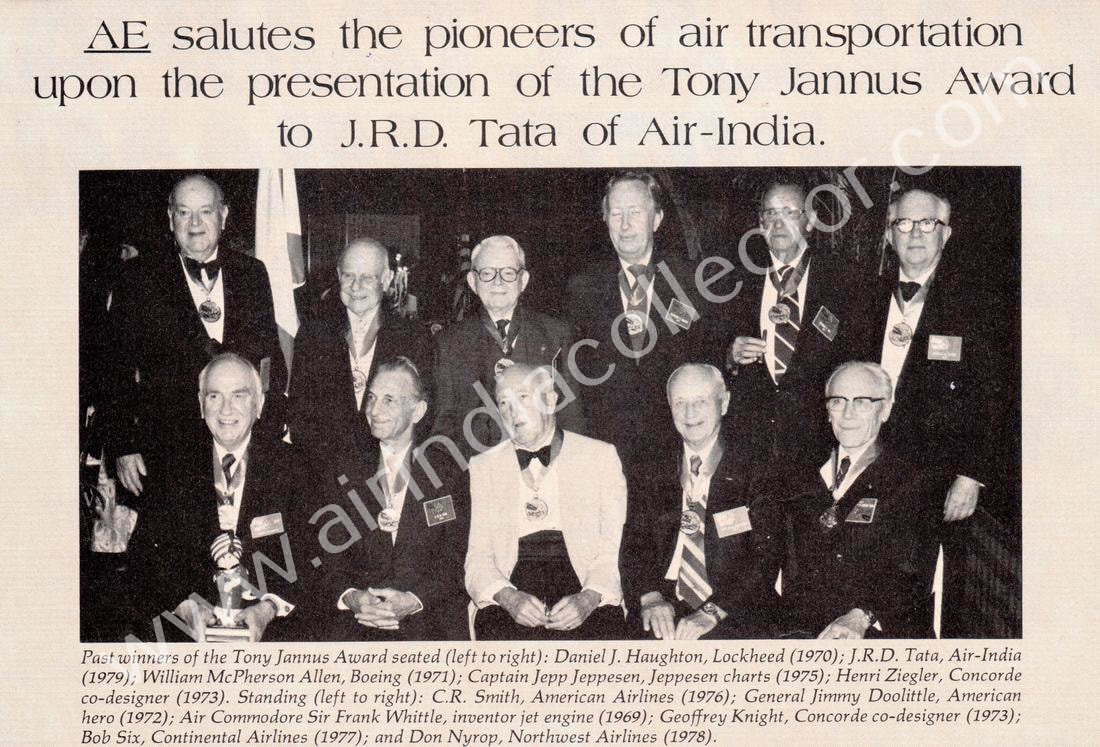 Bombay, 15th October 1982
Celebrating the 50th Anniversary of the First Flight
78 years young, JRD Tata flies solo as he retraces the route of the original Karachi - Ahmedabad - Bombay flight flown by him 50 years ago. 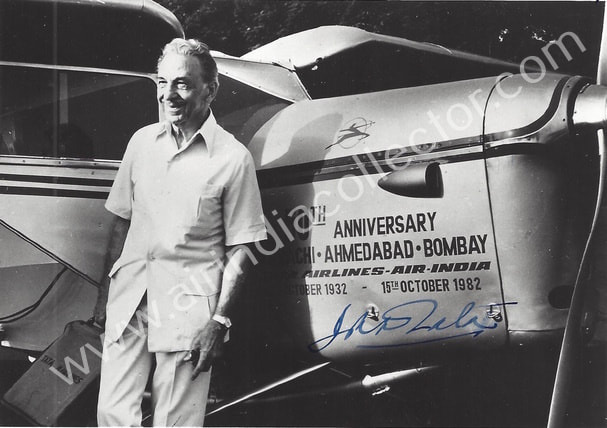 Tata at Bombay airport after completing the Karachi - Ahmedabad - Bombay flight standing in front of the airplane he flew that day. In his right hand is the original Tata Airlines mail bag used to carry mail in the 1930s. A rare autographed publicity photograph. 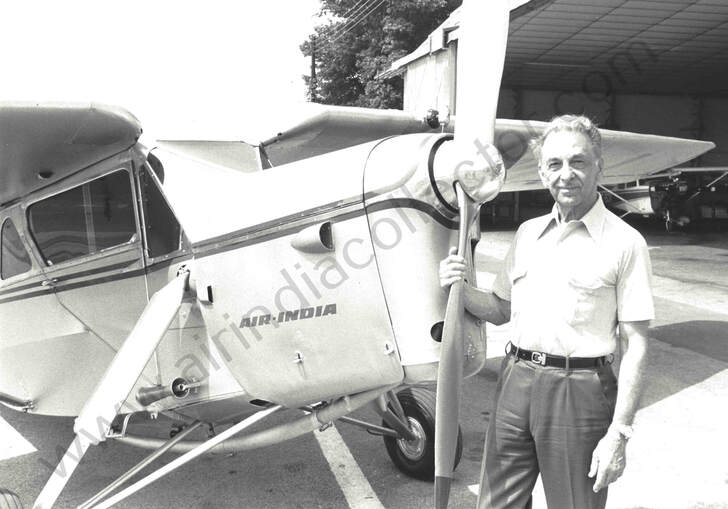 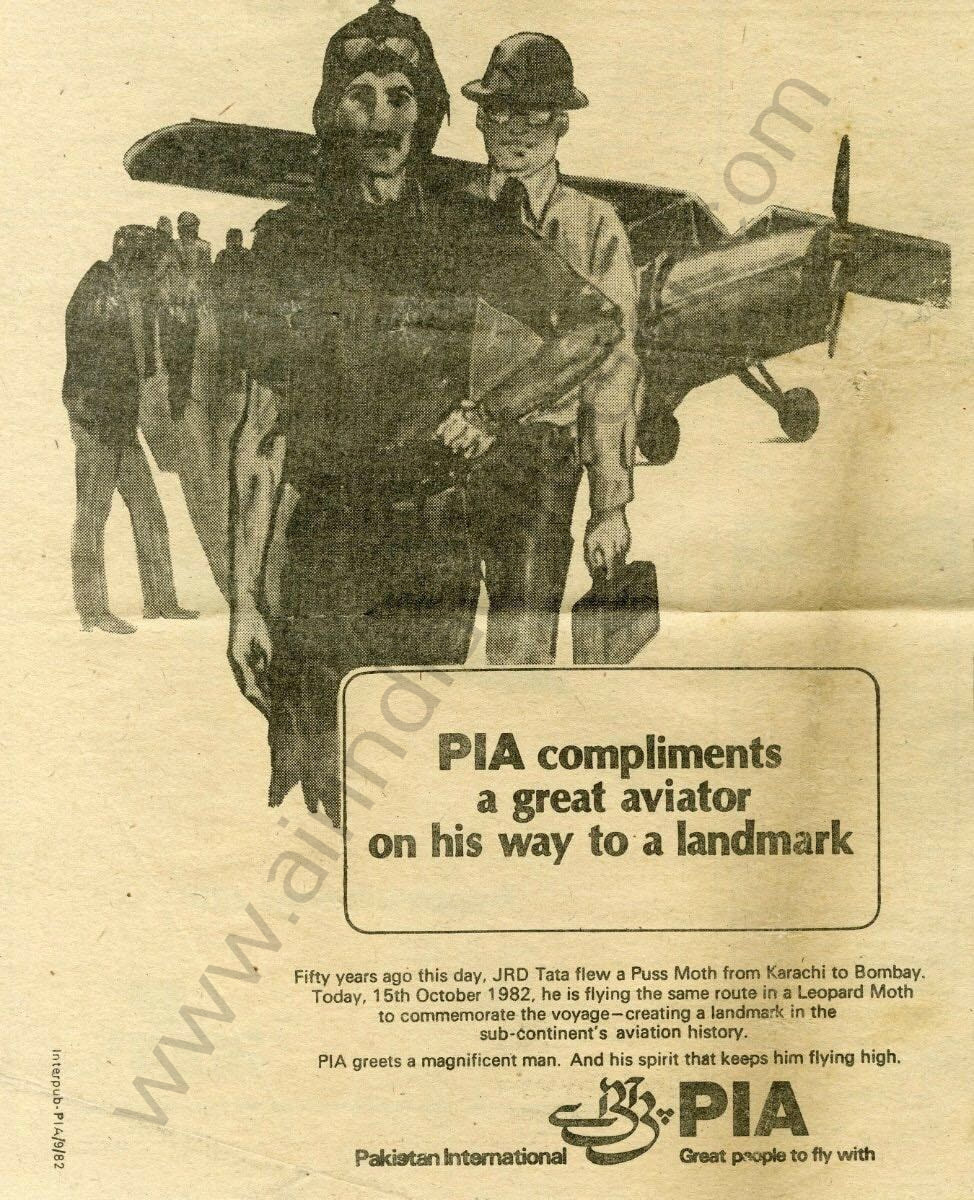 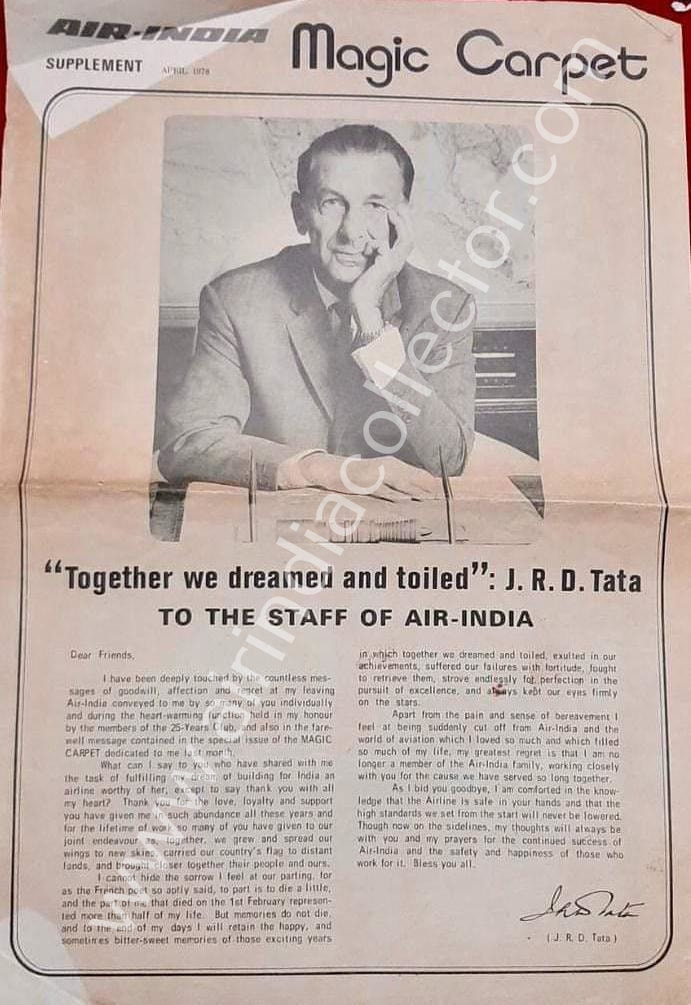 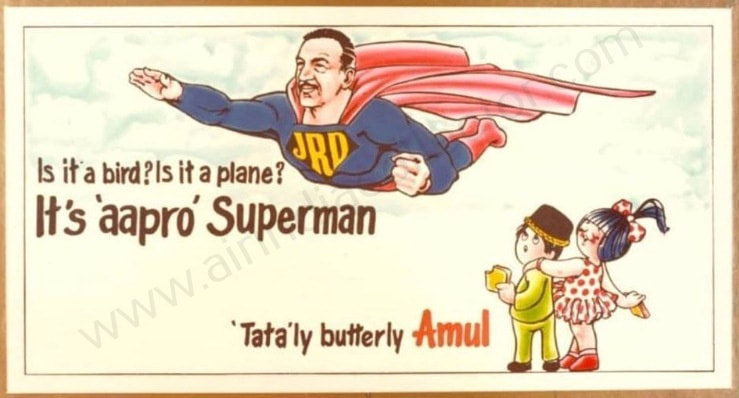