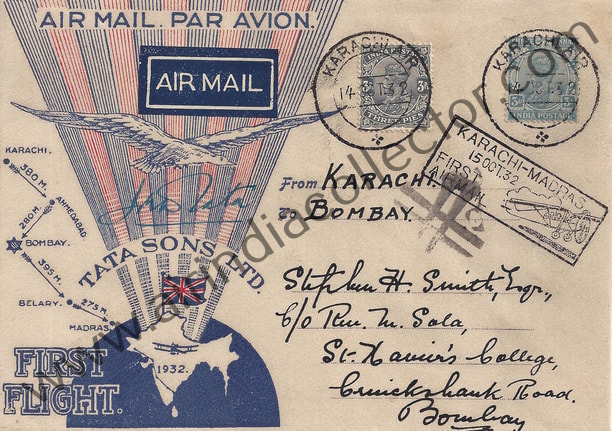 Top: Actual mail flown from Karachi to Bombay on the flight piloted by JRD Tata on 15th October 1932. This was the first flight of the Aviation Division of Tata Sons Ltd., and was in one sense the first flight ever by a truly Indian enterprise.
​
​Below: Actual mail flown on the Ahmedabad to Bombay stage of the same flight, also piloted by JRD Tata.

Both covers signed by JRD Tata. Extremely rare covers. it is believed that only three such covers exist, and here are two of them.
Provenance: ex. Solee Sukeshwalla collection, Cherrystone Auction 2013. 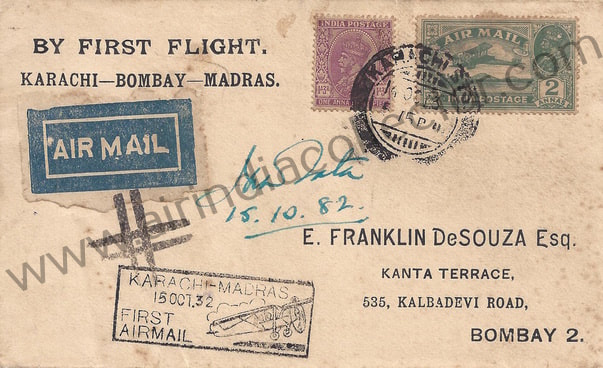 Cover flown from Karachi to Bombay on 15 October 1932, signed 50 years later.
This cover is from the H. C, Mehta/Yogi Mehta collection with an interesting story. In 1982, Mr. Tata recreated the historic flight and halted in Ahmedabad on the same day as the first flight on 15 October 1932. The Mehtas, father and son, were at the airport among the enthusiastic crowd welcoming the flight. Young Yogi ran up to Tata with the souvenir philatelic cover issued that day by the postal authorities and asked him to autograph it. Mr. Tata looked at the cover and refused to sign on it saying something to the effect that he would not sign on an official postal cover. Mehta thought fast, rushed home and back with the 1932 cover flown by Tata himself 50 years ago, he went up to Mr. Tata again, and this time seeing this cover, Mr, Tata smiled and said, "now I will sign as many of these as you like", and happily went on to sign the cover taking care to date it as well, 15.10.82
Official Firsy Day Cover wiht the stamp issued that day and tied with the special cancellation mark.
Signed and dated by Mr. J.R.D. Tata, and addressed in his own handwriting to Brig. Waller, Erie (ireland). 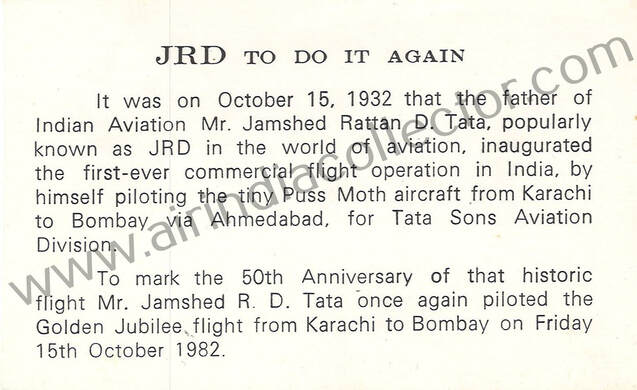 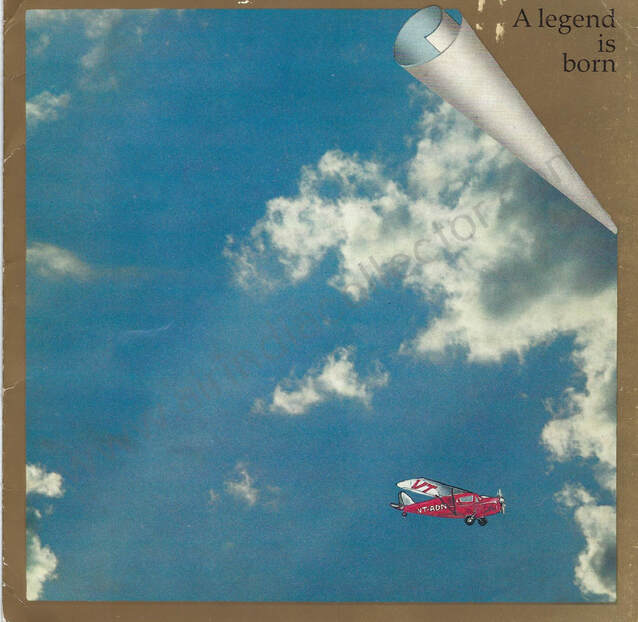